NORA BELOW performing AMF KORSETS' Couture Leather for Apocalyptic Flesh
live in the early hours of the 7th of July 2012 @ STYLE! IT! TAKES! @ .HBC Berlin 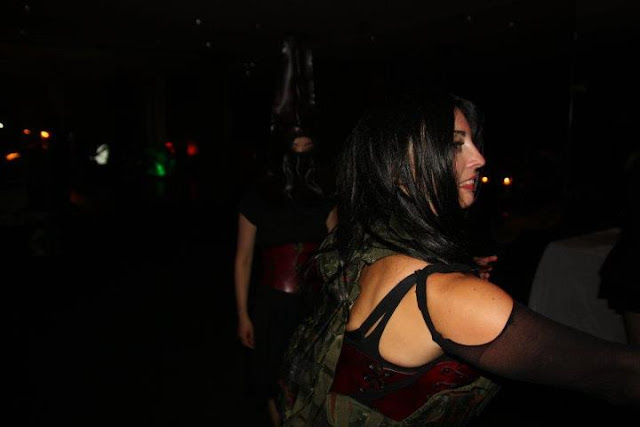 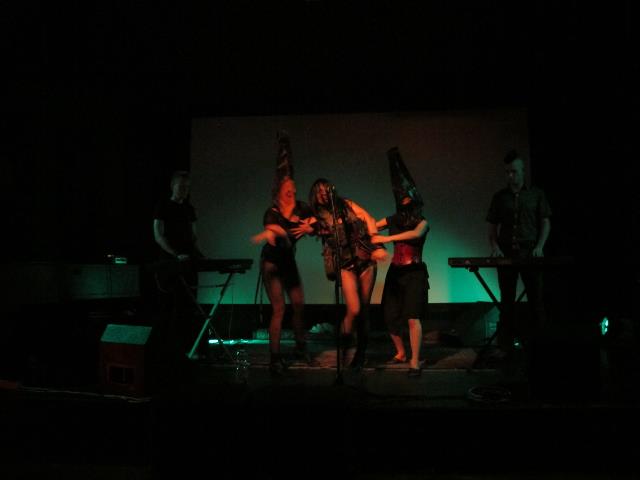 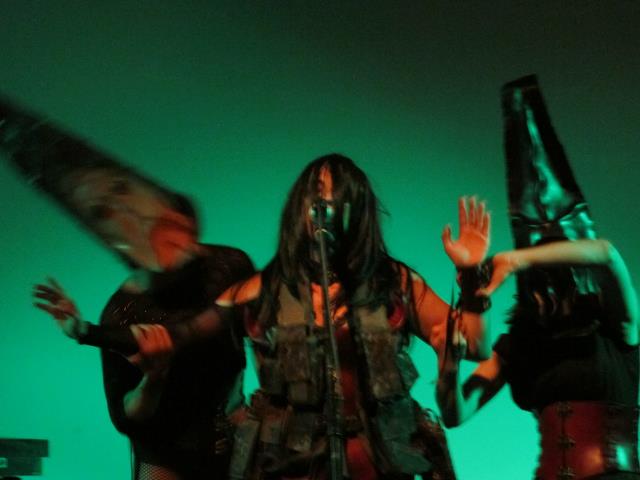 In the beginning, Elke and Yun-hee wore handmade leather masks made by
Louis Fleischauer of AMF Korsets. 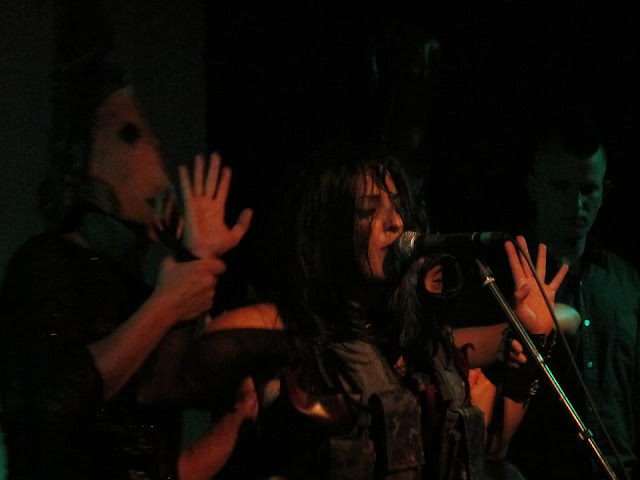 Nora wore a military vest over her red AMF Korset at first. 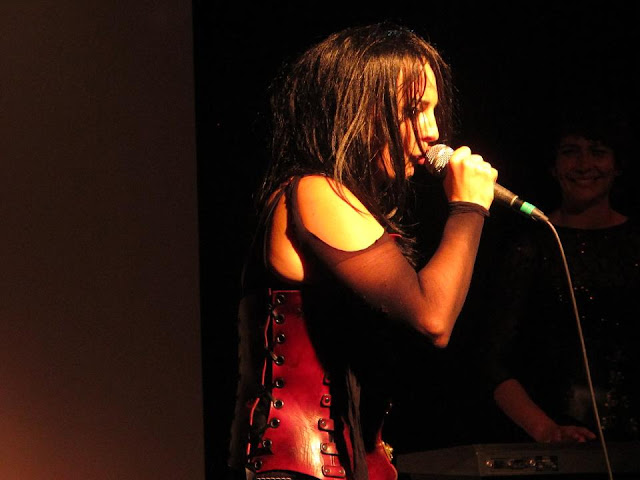 A video of the first 10 minutes:


Later Nora undressed a bit and changed her hair from black to blonde... Tina and Jakob left the stage, the artists Huh Yun-hee and Elke Graalfs were seen without Louis Fleischauers (AMF Korsets) big masks... 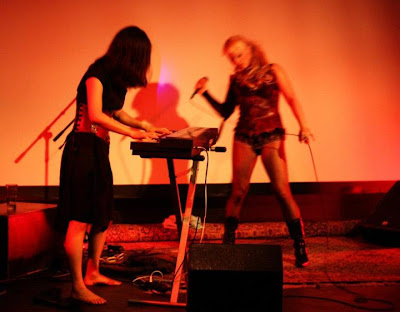 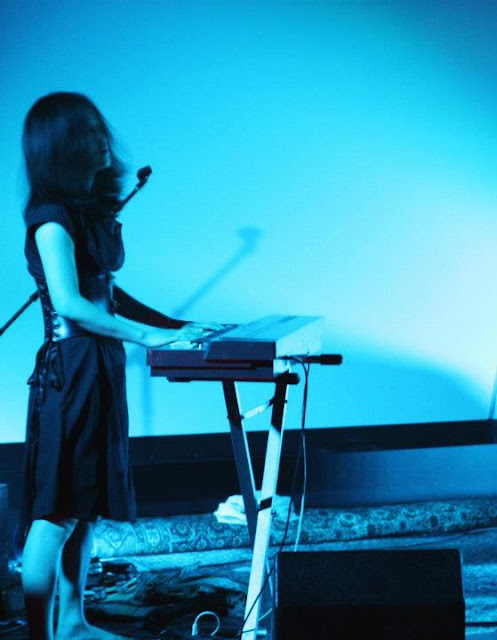 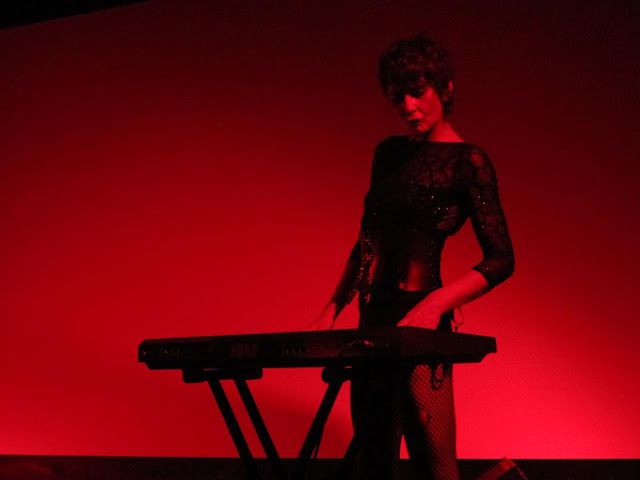 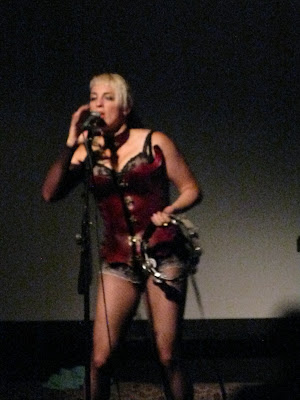 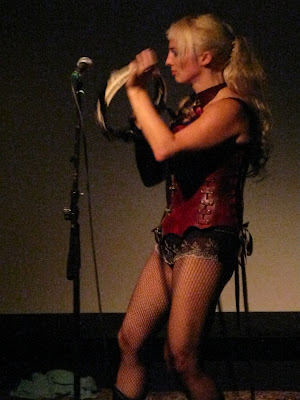 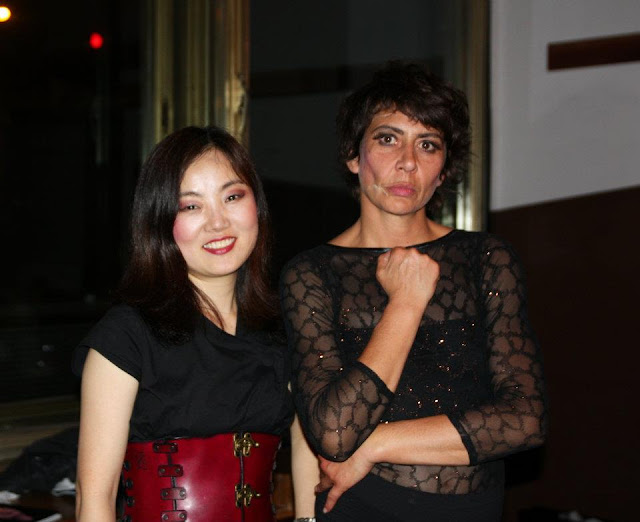 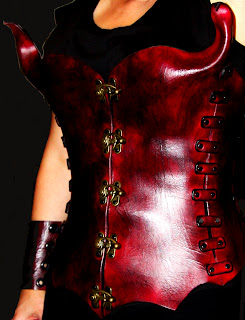 Nora's AMF Korset in detail
(pic from the fitting @ AMF Korsets in May 2012 by RG, edit: Magenta)