DEVO at the Berlin Wall, 1978 (photo by Chalkie Davies)


After our wonderful summer dream in the fairy-tale-like garden of Chalet Club in Kreuzberg during July Fashion Week, the next STYLE! IT! TAKES! event will again happen for next Berlin Fashion Week on 17th of January 2014 at Urban Spree, a very active and inventious place we feel super comfortable with. Certainly, we will keep a lot of our ideas and principles, like our basic concept of bringing fashion alive by combining amazing designs with performances of musicians, DJs, dancers, gymnasts and other artists / performers or our passionate tendency towards girlisms and femininities in all aspects of life, to name just two of them (> please read our Manifesto for some very fundamental statements about our project). Especially for this event however, another special concept and character will take shape! So, what comes next?


Punk? Thinking? Wasn’t Punk movement this loud and noisy subculture, consisting of people with strange multi-coloured, gummed up hairstyles, self-painted leather jackets with buttons and spikes on it and safety pins through the cheeks, ugly heavy army boots and tons of cheap beer cans poured into the thirsty mouths of alcoholics, thrown onto others or puked inside and outside of trashy rotten rat holes in some littered backyards or while hanging around in pedestrian zones? Maybe.
And what’s all this got to do with fashion? A lot. Or as much as Coco Chanel’s idea to create easy to wear simple women’s clothing out of the striped looks of the sailors they have been inspired by - and somehow stolen from. Unlike most of the punks she got very rich with that.

Over the years tons of books have been published about Punk, so we won’t try to repeat or summarize here what a lot of very different authors wrote in very different types and qualities of books. In the meantime, the bourgeois feuilleton discovered Punk and this spring celebrities were queuing to show their rotten interest for the large New York Metropolitan Museum of Art’s exhibition  “Punk: Chaos to Couture”. It’s very likely that some of them will never understand what Punk really could mean. As has been mentioned elsewhere before, taste-queen Madonna was one of very few who attended in style.


Madonna at the opening gala of the exhibition "PUNK: Chaos to Couture" (NYC, May 2013)

But all this is not what is of interest to us here. Seeing Punk as an idea, an impulse, an outcry, a disorder, a permanent experiment, a rebellion, a situation, a change, a challenge, a chance, we want to ask: What could Punk be today?

We know that billions of Punk bands, projects, labels, fanzines etc. are existing nowadays all over the world (maybe more than ever in history) and this is something great we appreciate very much. But often one gets the impression that Punk became a cliché in itself: repeating the same old band concepts (four male friends are the most standard way of this), making the same guitar-orientated heavy one-two-three-Rock-music with one person shouting their beliefs into the world, playing in a cellar club isolated from the rest of society, drinking beer and wearing the same or a similar kind of ‘fashion’ their predecessors wore 30 years ago and before... all of which is not necessarily a bad thing!!! :-)

But that’s not what made Punk such an important thing in many of our lives. And it’s not how colourful, diverse and widespread Punk has been during its early days from the mid-1970s to the beginning of the 80s, let’s say. Women started to enter the stage of white Rock’n’Roll history (Maureen Tucker, the gorgeous drummer of Velvet Underground, shouldn’t be overlooked as an early pioneer of the mid-1960s in this context), people using uncommon instruments like saxophones or children’s toys, wearing very very different styles of fashion, singing about very different topics (if singing at all!!!), reading Dada poems or simply going on stage without any plan at all, using new technologies and instruments like keyboards or metal objects from construction sites, colliding with completely different music styles like Reggae, Pop, Soul, Industrial, (Free) Jazz, Disco, Rap, Metal, Schlager, with other art forms like film, performance or theatre, doing whatever... nothing was foreseeable, nothing had to be perfect, but everything was possible. That’s the spirit we like about Punk. 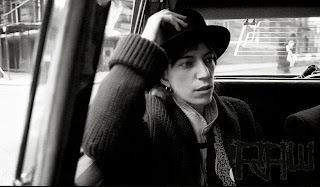 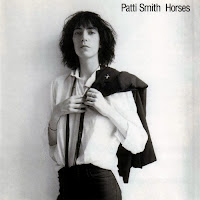 Patti Smith, one of the first great American punks and the first relevant female band leader in Rock History (Patti Smith Group). Right picture by Robert Mapplethorpe for the Horses-Album (1975) 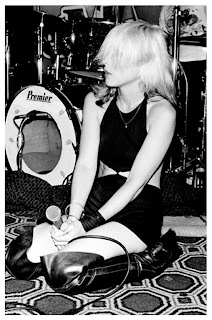 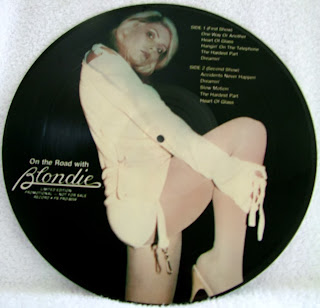 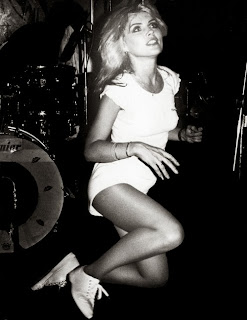 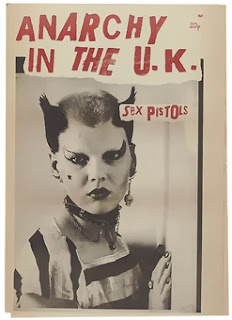 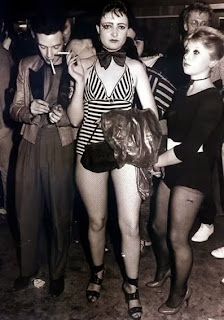 
Needless to say that most of this (still) collides totally with both the music, the art and the fashion world today, where on the one hand everything is possible (= buyable), but not much is of any importance and relevance.

So for STYLE! IT! TAKES! # 4 we picked five very general PUNK ELEMENTS which still seem interesting to us:

We are searching for some answers to the following questions:

* What could these elements mean today and into what could they possibly have developed?
* Where could we find these elements nowadays? How do they show up?
* Which current references can be made? Do new visions appear?
* How could we re-interpret and develop some of these Punk elements into something more modern, new and contemporary or vary these elements in uncommon ways, forms and combinations?

We will re-look at all this in a little series of blog posts here over the next weeks, re-thinking Punk while referring to and introducing some of our lovely participants and friends. Keep connected by following this blog!