Right after the show of Zarkoff's project Sumerian Fleet at the wonderful DECADENCE party on Saturday in Berlin Arena Club (where I met such wonderful folks & friends like Thea & Jasa from Degenerotika Fashion, Evilyn Frantic, Louis Fleischauer (from AMF Corsets), Miranda Trash, Hannah, Anne, Marta, DJs Steve Morell, Ben Bloodygrave & Necrophil, Model Sinteque and many more, not to talk about lovely new people I met that night) tomorrow Zarkoff will play a solo show at the Loophole Club in Berlin-Neukölln which will definitely be the place to be that night!


Zarkoff (whose real name is Sasha Rajkovich) is a Croatian musician known for his solo work and several collabs, such as Florence Foster Fan Club (with Le Chocolat Noir), Sumerian Fleet (with Alden Tyrell and Mr Pauli) and various duos with female singer and musician Popsimonova (who has been introduced in this blog several times and took part in two of our STYLE! IT! TAKES! events already). Zarkoff's solo output varies from techno to synth driven post punk and his latest album Sweet Obsolete even features prominent guitars. The album itself reached #1 on European Alternative Charts, staying there for 2 weeks. 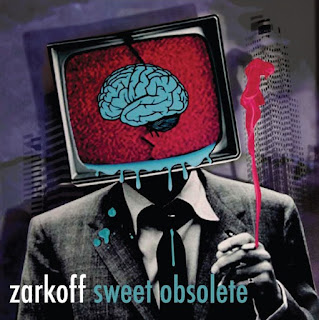 Apart from his own productions, he works as a mastering engineer for established underground labels such as Creme Organization and R Zone, and runs the Sensorium studio. Zarkoff opened the very first STYLE! IT! TAKES! event in summer 2012 in an unforgettable performance with stunning dancer & performer Clea Cutthroat (here's the beautiful live video of it, always worth to be seen again).

Also live on stage will be VV & The Void (Berlin/LA/Melbourne), a music project by lovely Valentina Veil, a musician, producer artist and curator living between Berlin, LA and Melbourne. Her music, often described as shoegaze, drone, noir, atmospheric, goth, neo-psychedelic, experimental is a celebration of opposite energies: grace and disproportion, feminine and masculine, moon and sun, birth and death, angel and devil, light and dark, conscious and unconscious. 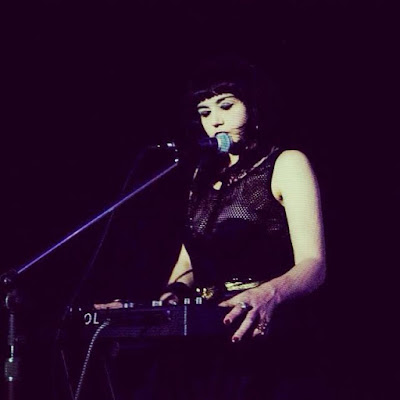 Valentina Veil from VV & The Void


It surely will be a lovely evening with great concerts and - as far as I can see already from the Facebook-Event (opens in new tab) and other people who will be there - very beautiful, nice & lovely people in the audience. So, tomorrow night, the Loophole is the place to be in Berlin!

More about ZARKOFF in this blog: