EVILYN FRANTIC is our blue mermaid

One of the many nice things in our project are our surprise performers. Last time Kitty Wild came around and showed her amazing cat outfit. This time we had Evilyn Frantic, a lovely sideshow / burlesque performer, fetish, nudity, horror and alternative model from Finland, grown up in Sweden. She warmed our hearts and came as a mermaid!!! :-) 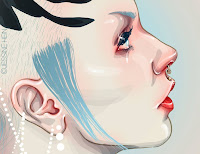 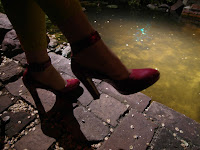 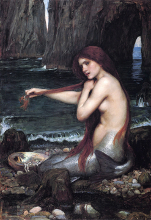 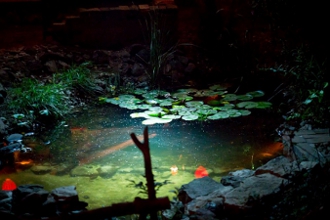 Evilyn Frantic is a bit crazy. I mean, for weeks I have been promoting the beautiful little pond in the garden of the Chalet Club and have been searching for a model doing something like a little 'nixie, water nymph or mermaid show' there. This great woman joined our project shortly before the event, planning a mermaid show since a longer time and decided - for the old bathtub!!! (^.^)

She made her mermaid outfit herself, but can't walk in it - she needed and found lovely help by Crudelia von Grimm... ♥ 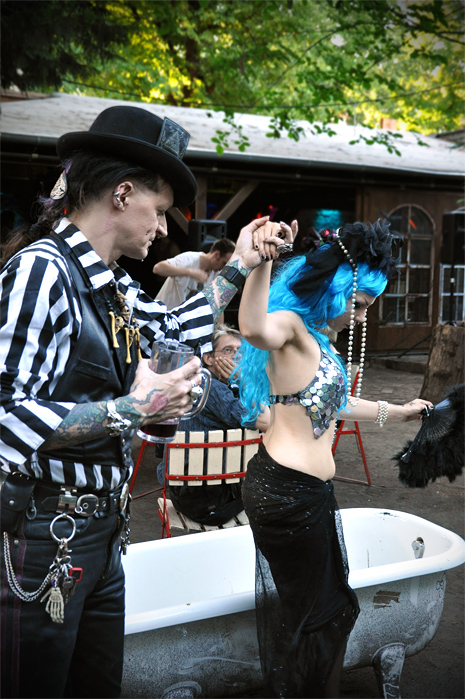 CRUDELIA VON GRIMM bringing EVILYN FRANTIC to the old-fashioned bathtub
Thanx so much, Crudelia - not only in that situation you showed, you are a real gentleman! ♥
photo by E. Tanev 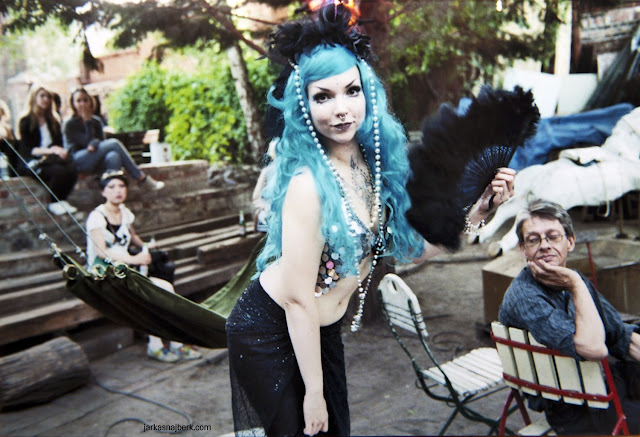 EVILYN FRANTIC's beautiful 'mermaid installation' with a black feather fan, wearing a long turquoise wig with a long pearl chain and pearl bracelets. Skirt and tail are made by herself of see-through black fabric with glitter on it (another DIY element at our event) ♥
photo by Jarka Snajberk 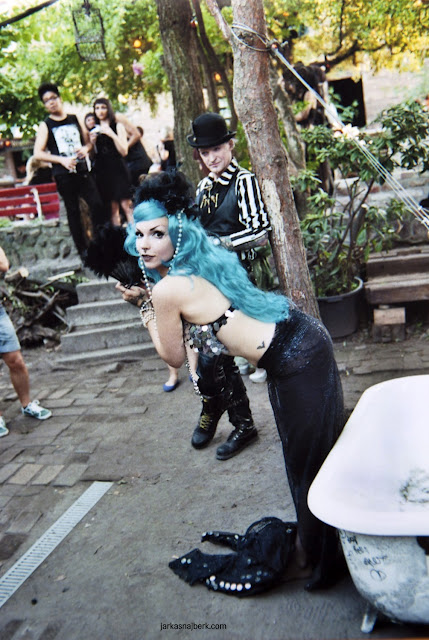 EVILYN as blue mermaid in front of the bathtub
(in the background CRUDELIA, waiting to bring her back)
photo by Jarka Snajberk 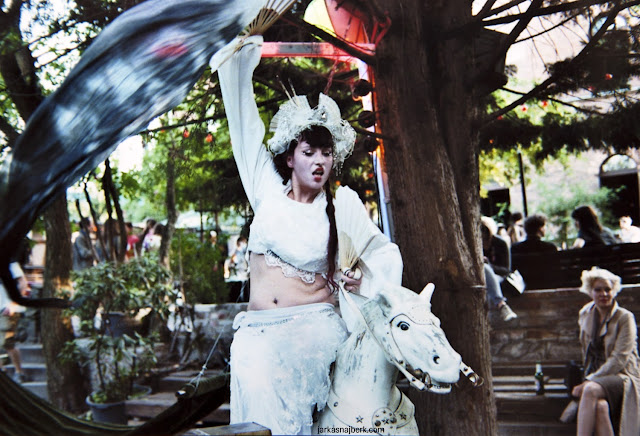 
EVILYN changed her outfits several times that evening... every single one has been just perfect!!!
Here we see her drinking a wine with Emma after her performance...

Evilyn didn't wear so much, but unfortunately she lost a part of her outfit (the skirt which appears in the last pic)...

Later she saved our night spontaneously, spitting fire during an uncomfortable situation...


All this is exactly why we love her and why she is just perfect for our project... (^.^)

If anyone found or knows anything about Evilyn's skirt: We'd be happy to get it back... 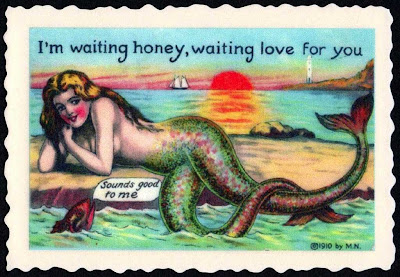 a funny story from Evilyn:
when she and a friend walked through Christiania - a drunk/high guy said:

My answer: "Yes! it's because we ARE fish! Blubb,blubb."

The guy: "...blubb,blubb" (and looked really confused)
and turned to his friend: "They were fish."